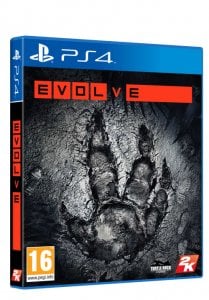 349/- GET IT ON APP
Genre :First Person Shooter

The creators of Left 4 Dead, Turtle Rock Studios, bring you Evolve, the next-generation of multiplayer shooters, in which four hunters face off against a single player-controlled monster, Stalk your prey, execute your attack, and prove you are the apex predator in adrenaline-pumping 4v1 matches
Brand NameSony
Published By2K Games
Released Date10 May 2015
PSN requiredOptional
ConditionPre Owned
PEGI RatingAges 16 and over
Internet RequiredNo
Country of OriginProduct sourced from Individual in India as a pre-owned one