The world of gaming​

From Digital keys to to physical discs, we have bought the whole gaming world into your hands through the Dacby app. Visit the Dacby app and satisfy your deepest gaming desires. Enjoy the best offers on the Steam, Origin keys, PSN and XBOX gift cards or PS4, PS5, XBOX games at the most attractive prices on the market.

Trusted by thousands of gamers all over India

Don't want to wait for games. Buy digital games from DACBY with instant Email delivery. DACBY is the most secure place to buy and sell Digital games

Choose from more than 200 different preowned PS4 games and order it directly to their home. Get access to the gaming world in just a few clicks

Reality of gaming in India

Though the gaming segment is clearly a fast-growing industry. There are some harsh realities that we have to face and accept. Piracy and majority of the games sold in India are expensive to buy.

Given that there are more than 500 well and award-winning games and the cost of 10 of such games might be more than the investment made on consoles / gaming PC, there has been a steady rise in the demand of preowned games which can be played and then sold to another customer again.

Another major issue that is faced by the gaming industry is piracy. Be it digital games or discs people are continuously looking for cheap cracks that allow users to play the game without downloading it and paying to the official developer

How DACBY is impacting gaming world

The fast and smooth-running internet that we all have today is not something that people in the past had access to. Today the internet is a need, just 10 years ago the internet was a luxury and many people had no access to it.

DACBY has provided me with the best place to buy and sell my digital accounts. I bought a digital account with 4 games from DACBY at just 699/- and the best part I sold them later at the same price. Thank you DACBY for your valuable services
Pradeep Tomar
Easy to use app and very fast services. I ordered FIFA 21 and got it in 3 days. The packaging was very good, CD quality was also very good and I loved the handwritten note given along with the CD. I sold my 3 games to them, the transaction was very smooth and easy and I got the payment before the expected time
Brijesh Singh

Always stay lost in the world of gaming and never again worry about the availability of gaming stuff. That is our burden and we strive hard to keep all your desires available.

All our products are completely verified and checked before dispatch. All products come with DACBY assured quality and return policy. Always be satisfied and relax with your games.

We strive hard to keep expanding the horizon and are continuously adding new products to keep you satisfied. Find your deepest gaming desires with us. 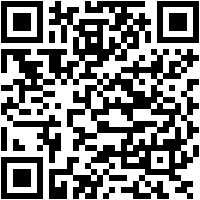